Based on the 1999 novel of Nicholas Sparks, A Walk to Remember is a coming-of-age romance. The novel’s setting of the 1950s was changed in this film to the early 2000s. It was to make this film appealing to the teenagers among the audience. The story of this film came from Karen Janszen and the direction was by Adam Shankman.

Borrowing the sets from the television series Dawson’s Creek, the film’s shooting took place in the summer of 2001. The shooting went on for 39 days in Wilmington city of North Carolina. Just as in the novel, the dedication of this film went to Danielle, the sister of Nicholas Sparks. Her struggle with cancer was an inspiration for this movie.

Comparisons to the novel

Author Nicholas Sparks has an explanation for the differences between the novel and the film on his website. Of course, the film has many things that are similar to the book. However, there were certain changes. One of them was the setting of the story. It was changed to the 2000s from the 1950s in order to make it more contemporary.

Owing to the constraints of time, the film didn’t show how Hegbert overcame his struggles. The author didn’t want people to wonder whether Hegbert was a good father. The question could possibly arise in the minds of those who didn’t get to read the book.

Another difference can be seen at the ending of the novel and the film. There’s an ambiguity whether Jamie simply disappeared into the shadow world or she actually died. The author had written the novel knowing that she would die, but he still wanted her to live.

He had the same feeling for his sister when she was struggling with her cancer. So, the producer and Sparks chose something that would convey this feeling of the author in the film.

About the role of Clayne Crawford in the movie

Clayne Crawford had one of his earliest roles in this movie. Ever since the film came out, many novels of Nicholas Sparks regularly made it to the big screen. This film also has the author’s continued dominance. In this film, Clayne Crawford plays the role of Dean. He is a school friend of Landon, which is the character Shane West plays in the movie.

A Walk to Remember was a major milestone for Crawford. It marks the beginning of his success in the movies. He recalls that it was the first time that he got a payment from someone to perform. He was obviously full of joy and was literally jumping on the bed. It was thrilling for Crawford to know that was finally shooting for a film. He also recalls that most of them were like a bunch of children in high school.

An Insight Into A Love Song for Bobby Long 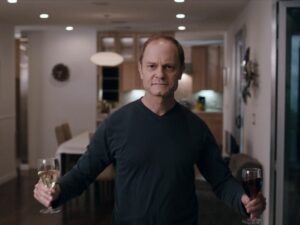 Previous post Watch The Perfect Host for a Thrilling Experience